9 Surprising Christmas Traditions from Around the World

Christmas is, arguably, the most widely celebrated holiday in the world after New Year’s Day. The day is observed by more than 2 billion people spread across 160 countries.
It’s interesting to note that while the name “Christmas” literally comes from the term “Christ’s Mass”, the holiday is not observed exclusively by Christians! Many people celebrate Christmas as a family holiday only because it is a general “feel good” occasion and time of the year. It celebrates the end of the year, gives us an opportunity to shower our loved ones with gifts, and helps us to have something look forward to during those dreary winter months.

Now, not everybody celebrates Christmas the way that we do in the U.K. A Christmas held in Austria or Japan , for example, might look very different! As with any occasion that is celebrated by so many people and across so many different cultures, Christmas has its fair share of unique cultural traditions. Let’s explore them today!

There are some very common traditions that encompass all the different cultures. Three of the most notable common traditions are the giving of gifts, sending of christmas cards and decorating the home in one way or another.
As reported by The Guardian newspaper in 2012, in the US alone, a massive 1.6 billion cards were exchanged. The next most popular day for cards was Valentine’s Day coming in at a rather paltry 151 million.

Another fairly common tradition is decorating our homes with a Christmas tree. The tradition is believed to have started in 16th century Germany when devout Christians started bring trees into their homes and decorating them. Martin Luther is reputed to be the first person to have added lights to a tree. This is now as traditional as the tree itself!

These traditions are pretty universal and we probably take them very much for granted. We would also tend to take for granted those other traditions that are specific to our individual cultures. Travelling to other countries during the Christmas holiday season can be somewhat of an eye opener. Let’s have a look at some of the stranger customs around the world.

Saint Nicholas, or more fondly known as Santa Claus or Father Christmas, is a fixture in most cultures around the world. He is associated with the giving of gifts and is believed to operate from a base at the North Pole. He is also credited with the unlikely feat of travelling all over the globe distributing gifts to millions and millions of children, all in the space of 24 hours.

In Austria and some other alpine countries, though, a devil like creature called Krampus appears on the 6th of December. Children who have been good are rewarded with sweet treats by Santa while those that have been bad can expect something nasty from Krampus. Switzerland has a similar villain that goes by the name of Schmutzli.

Italy has a somewhat unexpected tradition. Well, that’s southern Italy and Rome in particular. Shepherds, or Zampognari, play the bagpipes in town squares across the region. The tradition dates back to ancient Roman times when poor shepherds came down into the towns to earn a little extra money. The tradition has endured and very little has changed over the centuries.

In Ukraine, trees are adorned with spiders and spider webs. The origin of this strange custom is, however, less sinister than one might imagine.
Legend has it that a widow and her children had a Christmas tree on year but they were too poor to afford decorations. That Christmas Eve, they all went to bed expecting to wake up to a bare tree. The spiders in their tiny cottage heard the children crying themselves to sleep and decided to do something special. They spun webs all over the tree and the next morning, with the sun shining in through the window, the webs turned to the most amazing silver and gold.
To this day, Christmas trees in Ukraine and the surrounding areas are decorated with spiders and webs to celebrate the widow’s good fortune.

On the 6th of January Christmas trees come down all over the world. In Ireland, though, another quirky tradition plays out. This is the day of Little Women’s Christmas. After spending the festive season preparing all the food and hosting various gatherings, this was the day they could take a break. The day is one of the oldest Christmas traditions in the world and is still celebrated all over Ireland.

Now, we in the U.K. might not think of Christmas crackers as particularly strange – or even realise that they’re a highly cultural tradition. But they are! Even in other English-speaking countries, such as the United States, Christmas crackers are relatively uncommon – and occasionally unheard of. They are truly a unique and unusual British custom that definitely deserve a mention here.

You may know what crackers are, but did you know how they first came about? In 1846, Tom Smith, a sweet maker in London, decided to wrap his wares in coloured paper. Some time later he decided to add paper crowns and notes and introduced the sound. Crackers quickly became a very popular part of Victorian Christmas celebrations. The tradition spread throughout the Commonwealth, and crackers are now an integral part of any Christmas table setting in these countries.

And then, there’s a legend that seems to be unknown to the people to whom it is attributed. In Germany, a pickle shaped ornament is hidden in the Christmas tree once the tree has been decorated. On Christmas morning, the children search for the pickle and the child who finds it first gets an additional gift from St. Nicholas.

There is some doubt about the authenticity of this legend. A few of the facts do not correspond with German customs. For instance, St. Nicholas appears on the 6th of December and not on Christmas Eve. It is also customary, in Germany, to open gifts on Christmas Eve and not on Christmas morning. It also seems that very few Germans actually know about this famous tradition. How strange is that?

Now, in Japan, a virally successful advertising campaign in the 1970s gave birth to a rather unusual tradition. Kentucky Fried Chicken launched a campaign with the title of Kentucky for Christmas. The origin of the campaign is credited to a tourist that arrived in Japan on Christmas day. He lamented that being unable to find turkey in Japan he would have to celebrate Christmas with KFC.

The remark was overheard by a KFC employee who was quick to spot the opportunity. KFC quickly became a Christmas meal tradition in Japan. Even though only around 1% of Japanese are Christians, sales of KFC on Christmas Eve are as much as 10 times higher than any other day of the year.

Whilst all of these traditions occur in the northern hemisphere, the southern hemisphere also has its own customs. The difference is that in the south, Christmas falls at the start of summer. The Christmas season is much more open and outdoorsy.
In Australia, New Zealand and South Africa, barbecues are not uncommon at any time during the warmer months. At Christmas, though, those people that choose to barbecue on Christmas Day often tend to push the limits a little. Seafood and choice cuts of meat are on offer along with a vast array of side dishes and salads.

Alternatively, people in the Southern Hemisphere will flock to the beaches for a lazy Christmas day of sun, sand and surf. In fact, in 2015, 320 local surfers donned Christmas outfits and got together on Bondi Beach to raise funds for a mental health charity.

Wherever in the world you are, with a few exceptions, you’re bound to come across some interesting or downright weird traditions. You would be well advised to read up on the traditions if you’re travelling during the festive season – mot only does it provide interesting insights into the culture of the country you’re visiting, but it also shows respect to that culture and the people.

Where Can I Order Christmas Cards for 2021?

Another Christmas tradition that is almost as ancient as Christmas itself is the custom of giving to those in need – that’s why Christmas is referred to as the season of “peace and goodwill to all men”.

At Charity Christmas Cards, you can order high-quality, personalised Christmas greetings cards while also giving to charity at the same time. For every card you buy, we’ll make a donation to a U.K. based charity of your choice. While you’re personalising your template, simply choose your preferred good cause from the drop-down menu and we’ll make the donation on your behalf when you order.

We stock Christmas card designs suitable for a whole variety of styles, tastes and purposes. For example: 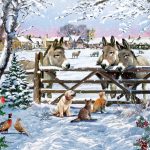 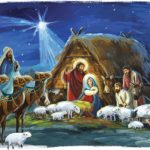 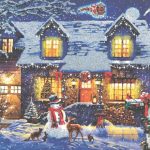 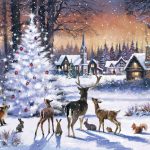 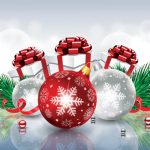 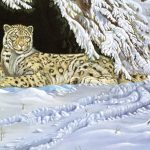 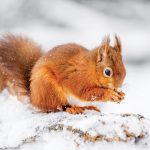 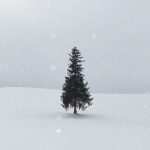 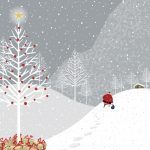 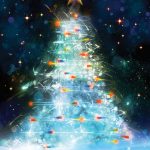 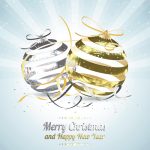 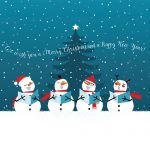 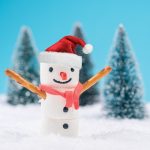 • Front-personalised designs for corporate use 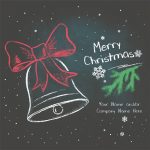 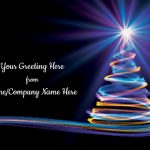 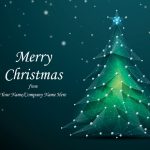 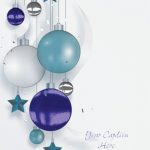 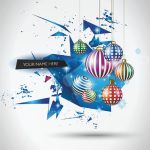 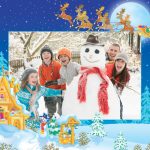 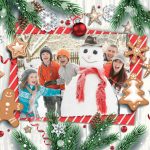 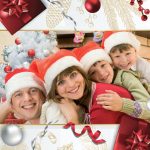 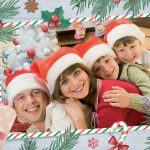 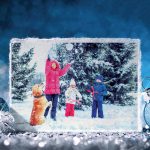 All of our designs can be fully customised with your own wording, so you can be the maker of your own personal Christmas greeting. Why not have a browse through our extensive range and choose a design that’s perfect for you?