Christmas Light Fails – Is there anything to turn on?

the whole country gears up for the festivities associated with the birth of Christ. It’s a joyous occasion when family, gift giving and hospitality are supposed to take root and become the most important things within an individuals’ life.

Of course, it’s something the whole town can and often does, join in with. A town’s dedication to the level of Christmas celebrations unofficially tells the tale of whether it adequately cares for its residents or not. However, judging by the state of these town’s decorations, their desire for their residents to be happy and joyful and the time of the year that calls for it the most is almost non-existent!

No doubt the council and residents of Herne Bay were left feeling embarrassed and that Christmas had passed them by when a BBC report discovered in November 2012 the town’s Christmas display had been booed after a frankly pitiful effort from the towns’ council.

Pictured left, the display resulted in the ‘celebrity’ guests in the form of Gareth Gates and Toyah Wilcox hearing loud boos when the ‘decorations’ were eventually turned on. Aptly described as ‘dismal’ by the peeved off residents, the display was roundly condemned as one of the worst Christmas public displays ever to grace the eye. That is if anything did manage to grace the eye!

Stockton Town Christmas Tree Which Didn’t Look Like a Tree

Stockton town centre didn’t even see a tree, as such. Instead they were treated to a somewhat strange imitation of one, which didn’t go down too well with the local residents. Angry at the regular tree not being able to make it in the wake of the regeneration of the town square, the ‘tree’ was branded the ‘worst in Britain’ due to it not looking like a tree at all. Not only that, the town was treated to a distinct lack of festive cheer when the lights also matched the sorry state of the so-called tree. A local councillor commented that the ‘tree’ had been donated by the workmen who were working on the regeneration…here’s to a job well done lads! 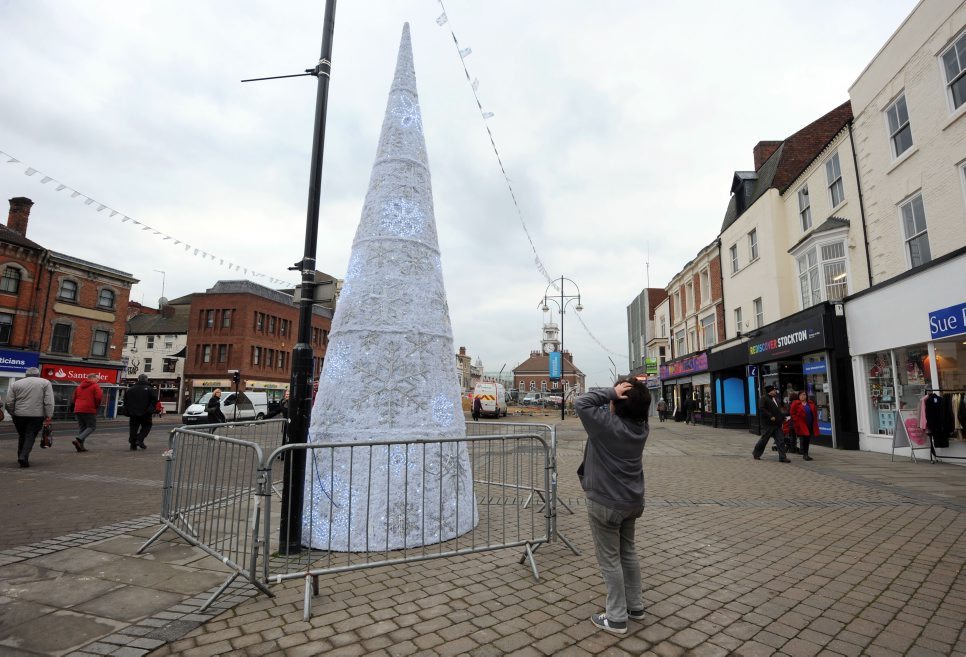 Just imagine the scene. You’re walking through your town on Christmas Eve, last minute shopping, on your way home from work, meeting family or friends for a quiet drink and then you see it. A 20ft twig that is not glistening and displaying anything at all let alone being the symbol of the Christmas mood about the town. What happens? Well the crowd has gathered by this point and of course you want to join in the festivities.

Unfortunately for celebrity pop star Natasha Hamilton of Atomic Kitten fame when she rolled up in Peterlee, County Durham, the crowd wasn’t too forgiving of the display of lights that she was about to turn on. Who can blame them?

On the other hand what is more embarrassing – the money spent on something that isn’t appreciated or that the locals think that it was just a warm up? Well that is exactly what happened in Ipswich during the winter of 2012 when the town hall spent £10,000 on a ‘futuristic’ Christmas tree delight. However, the only thing the locals found delightful about it was the hope that they could get it removed as soon as possible. 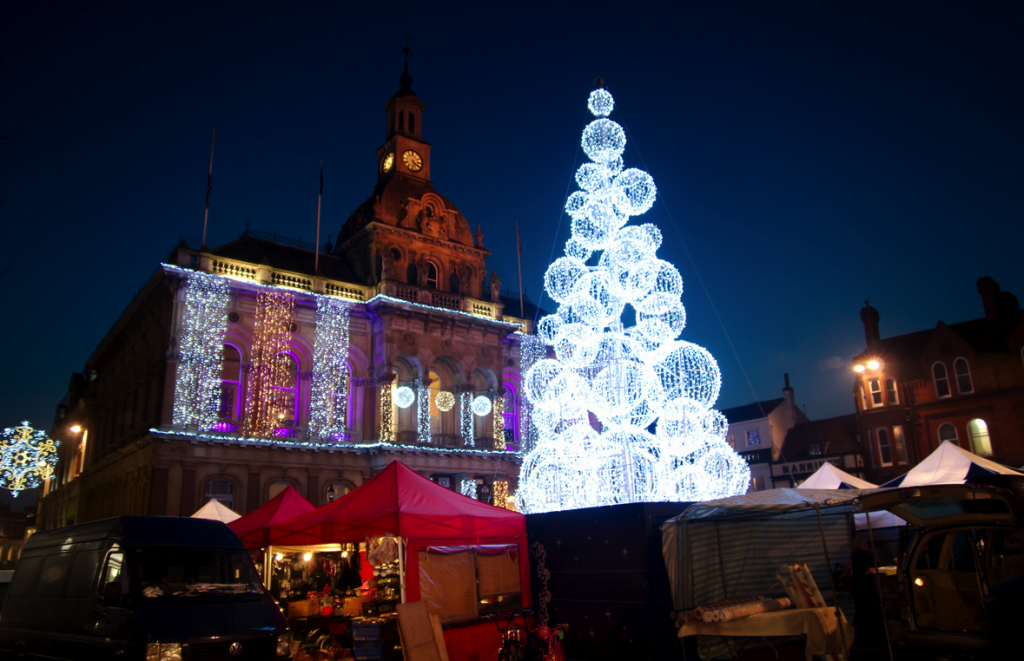 One resident described it as a load of ‘space-age hamster balls’, whether that is the literal sense, we don’t know! Another condemned the actions of the town hall due to Christmas being the time of ‘tradition’ and while being suitably impressive by night; it doesn’t really look like a tree does it? One thing you think town halls and councils would have understood through all this is that you don’t mess with at Christmas is people’s idea of tradition. Maybe space balls are in fact quite an accurate description after all!

It won’t be long before we see the 2014 Christmas Lights switched on in cities and town across the UK, we’re hoping that they all get it right this year, although early indications show a potential FAIL from Ipswich again!